And like the book says, why didn't I think of this? 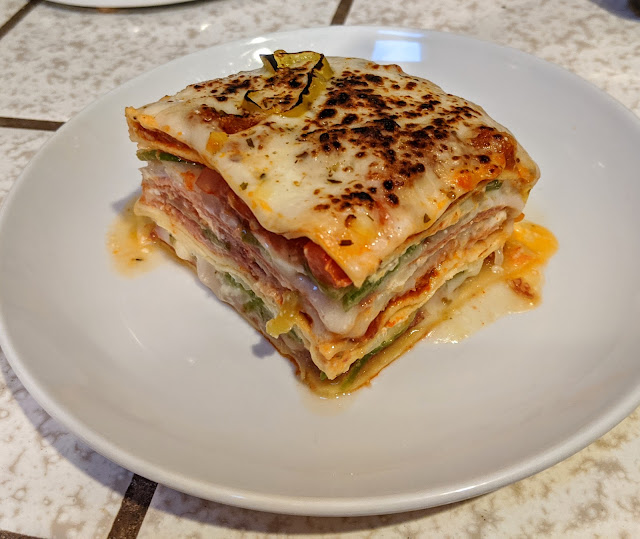 It's a mostly simple tweaks where the layers are just what you would put in a Italian sub, salami, pepperoni, mortadella, sliced onions, tomatoes, green peppers, peperoncini, provolone, olive oil, oregano, etc. While still adding in classic lasagna layers of noodles, ricotta and tomato sauce, (a simple quick 45 minute, 1 can sauce.)

So yeah it's both a lasagna and a sub.

It also had some of the prettiest layering I've ever seen in a lasagna and could be easily cut. Wonderful structural integrity. 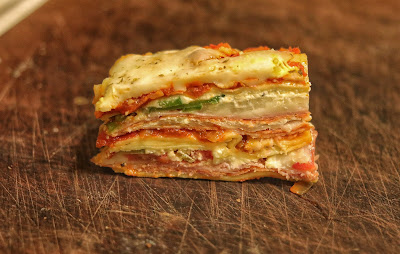 That said, this recipe also needs some errata, as it completely skips when to put the third layer of vegetables on. And it gets a bit to terse when running through the layers. (Like it says "another ricotta layer" but the previous ricotta layer also include Parmesan and olive oil and oregano... no clue if just wants the ricotta or not.

Also it was a very full pan once done: 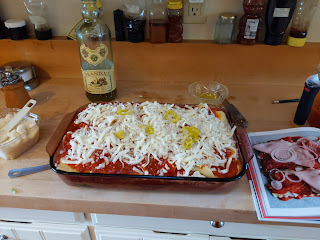 Since the main recipe was pretty simple (sauce was done in < 1 hour, assembly took like another 30 minutes) and it suggested this was a good one to make fresh pasta for, I went for that. 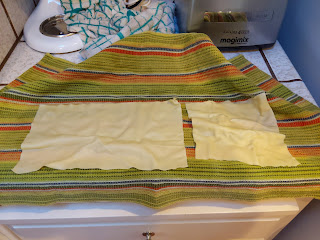 The fresh pasta sheets were pretty easy but a bit time consuming to make. Maybe ~2 hours start to finish? Any way they were delicious, but maybe not worth another 2 hours of active time. 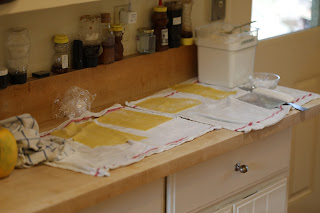 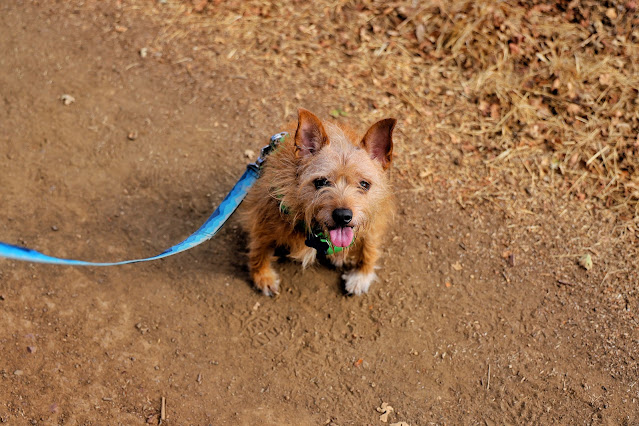